I find myself in such a season right now, and I am utterly amazed at God’s ability to orchestrate relationships in our lives when we exercise our faith in Him! Jesus often told people that they were healed “according to their faith” or that “their faith made them whole.” I find that this principle applies just as much to relationships as it does to healing. I normally don’t talk much about myself in the articles that I write, but I have a hunch that my testimony will encourage a number of people to believe God for relational alignment that will accelerate spiritual growth.

By reading scriptures such as I Corinthians 12:18, II Corinthians 1:21-22, Acts 13:2 and Matthew 19:6, you can easily come to the conclusion that God does indeed bring people together for His purpose. This purpose can be for fellowship, discipleship or team ministry. I strongly believe that we shortchange our own spiritual growth and calling when we go through life with a lackluster approach to relationships. Relationships are worth fighting for. And relationships are worth believing for.

Five years ago, I was enlightened to the fact that I had let some relationships slip away and that I was isolated by my own choice. I began to notice my spiritual life “gauge” spiraling downward even though I was exercising my spirit through prayer and the Word. Then the light bulb went off. My relationship with God was incomplete without the relationships that God has assigned to my life! I was trying to bear my burden alone, which runs contrary to what God said in the beginning: “it’s not good for man to be alone.” This is not to say that I had no relationships with others, but that I was living well below my potential because I wasn’t exercising faith for the wisdom of God to make the most of relationships.

Just because you attend church services, hear regular sermons by your pastor and talk to people after church doesn’t necessarily mean that you are maximizing your spiritual relationships. Having relationships in your life is one thing, but managing your relationships by the leading of the Spirit is another thing. Making a concerted effort to do your part in each relationship involves walking in love, which requires you to speak up at times and to be silent at other times. Discerning the difference can make or break relationships. Knowing who has your back and who you can trust are critical in critical times of your life.

The story of the prophet Elijah in I Kings 17-19 paints an excellent picture of those who try to carry the burdens of life on their own. Just after Elijah called fire down from heaven to consume the sacrifice on the altar, the king’s wife Jezebel sent intimidating threats to him which quickly changed his disposition. One minute he was a mighty man of faith and power and then the next minute he became a coward who ran for his life. Not only did fear get the best of him, but he became depressed and suicidal.

God responded to his situation by sending an angel on two separate occasions to strengthen him with some “angel food cake” but Elijah just couldn’t shake his predicament. In addition to the food, the angel spoke a message to Elijah that went in one ear and out the other: “The journey is too great for you.” Unfortunately, Elijah thought the angel was just talking about the need to eat to have energy for his travels. (More on this later)

Forty days later, Elijah came to Mt. Horeb and entered a cave with the resolve to give up on his spiritual calling. In that lonely place the Lord asked him this simple question: “What are you doing here, Elijah?” Contained in the question was a statement that implied that he wasn’t supposed to hang out in caves. God had called him to be his prophetic mouthpiece, not a refugee on the run.

Elijah’s response revealed that he had yet to learn what God was trying to teach him through this situation, so God told him to leave the comfort zone of his cave for a lesson in the classroom of God’s creation. God caused a strong wind, an earthquake and a fire to manifest in Elijah’s clear view, and Scripture notes that “the Lord was not in” any of these forces. Then God spoke to Elijah in a still, small voice. I think God was making the point that circumstances should not dictate how we live our lives. The voice of God should direct our steps. In Elijah’s case, a manipulating woman should not incite intimidation, thus silencing his prophetic voice. Something was missing in this equation, and God was determined to help Elijah see just what that was.

Of course God already knew the answer to his own question. He was simply trying to get Elijah to see himself from another perspective other than his own, which was skewed by the fear that drove him there in the first place. Elijah gave God the same answer verbatim, revealing that he didn’t learn a thing from God’s attempt to arrest his attention through the wind, earthquake and fire. The latter part of Elijah’s response sums up what was missing in his life: “I alone am left; and they seek to take my life.” Elijah truly believed that he was the only godly man left in Israel and that his days were numbered. But God burst his bubble by telling him that He had 7000 more people who had not bowed their knees to Baal.

Unfortunately, Elijah missed his window of opportunity to recover out of his pity party of one. Two angel visitations and two words from God later, Elijah still couldn’t shake loose from the pride that blinded him from his greatest need: the strength of relationships. The angel said it quite well: “The journey is too great for you.” Elijah’s greatest need wasn’t nutrients for a physical journey; it was the strength of spiritual relationships for a spiritual journey.

How would the story have changed if Elijah had someone to encourage him through his Jezebelic nightmare? How many more miracles would he have performed if he would have had an ear to hear the truth about his situation? How many more people would have benefited from his prophetic ministry had he made the effort to connect with the other 7000? Elijah is definitely known as a great Old Testament prophet whose words of faith activated the power of God, but I think his greatest message was spoken through his very life. He would want us to know the power of relationships in times of crisis.

If you wait until you’re in a crisis to reach out for help, you might receive ministry but you won’t necessarily develop relationships. But if you develop relationships prior to your crisis, you will undoubtedly have a support system to help you through. Unfortunately, for Elijah it was too little, too late. But it’s not too late for you! You can believe God for the relationships you need to succeed in life and to fulfill your calling. You can submit your current relationships before the Lord for His divine adjustments. And you can surrender your will to the Father in exchange for His wisdom to do your part in each relationship. Don’t allow circumstances to dictate your relationships. Let the word of the Lord have its course in your life! 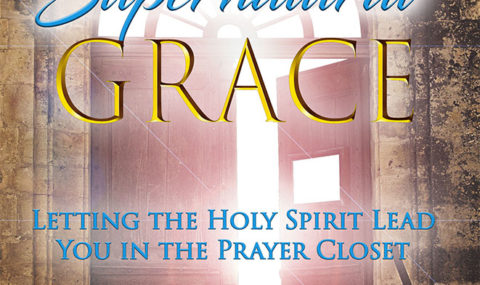 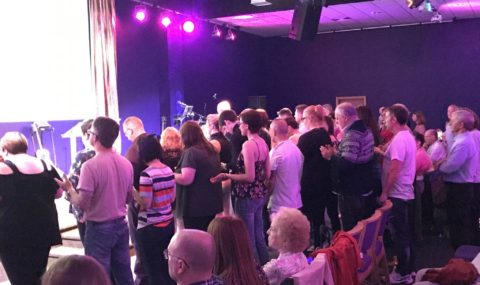 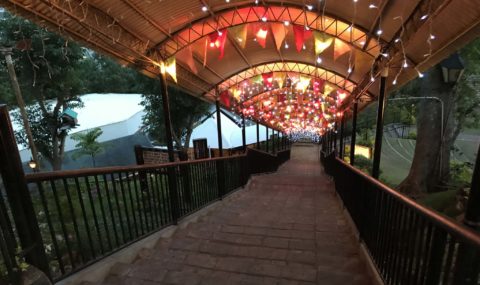 People, Places & Things in the World